By the Numbers: How Planning Can Reduce the Cost of Military Suicide 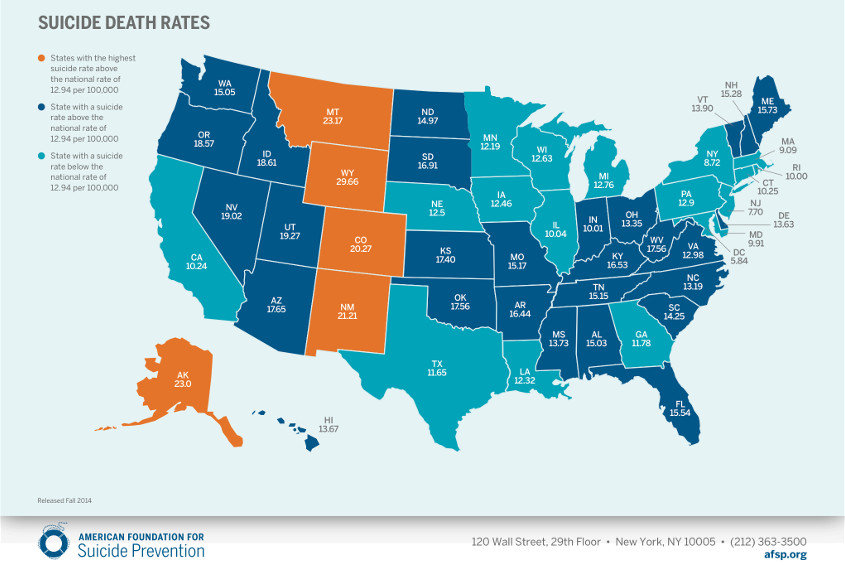 As published on financial-planning.com, 11/10/14
Image and PDF courtesy of the American Foundation for Suicide Prevention.

Financial stress is a leading factor in military suicide, as Financial Planning has reported. As America observes Veterans Day, consider the following statistics on the human and financial cost of service members who take their own lives.

1. The military pays $500,000 in life insurance and death benefits to the survivors of each active-duty service member or reservist who dies, including by suicide.

2. That brings the cost of 474 suicides in 2013 to about $237 million in life insurance and death benefit payouts, not including the additional cost of losing trained personnel.

3. For every soldier who loses a job for financial reasons, the military spends $57,000 related to retraining a new service member. Much of that job loss is due to high indebtedness.

4. Between 4,700 and 8,000 soldiers lose their jobs annually for financial reasons, resulting in annual costs of between $267 million and $456 million for the military.

5. That brings the combined cost of suicides and job loss for financial reasons to between $500 million and $690 million annually.

6. Assuming it takes between 20 and 40 hours for a financial planner to help a soldier with severe debts to resolve those debts and keep his or her job, as it did for one soldier, that would come at an estimated cost of between $2,500 and $4,000 per soldier, based on pay scales for planners who work for the military. Some planners say these amounts would be much lower for less complicated cases.

If you would like to learn more about 2015 Suicide Facts and Figures, Download this PDF from the American Foundation for Suicide Prevention or visit the AFSP website for more information.

To read this article and other like it, please visit financial-planning.com.