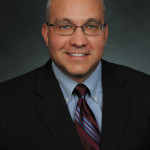 Mr. Coury is a third-generation Arizonan who grew up in the Phoenix area. He is a o’Double Domer,” graduating twice from the University of Notre Dame, first with a Bachelor of Arts degree in 1993 and then with a Juris Doctorate in 1997. Mr. Coury also obtained a Master’s Degree in Business Administration from the University of San Diego in 2001. Mr. Coury is an attorney at the law offices of Napier, Coury & Baillie, P.C. He r. Over the 16 years of his practice, he has worked on a variety of cases ranging from wrongful death and catastrophic injuries to business disputes. As a husband and father of three young children, Mr. Coury spends his time outside of the office wearing many hats ranging from coach to short-order cook to taxi driver.