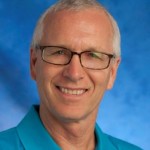 Craig began his life in a small farm town in Minnesota and later attended College at the University of North Dakota where he earned his Bachelor of Science Degree in Psychology/Business. He continued his post graduate work in Counseling Psychology from Pacific Lutheran University and Ball State. Prior to moving to Phoenix, Arizona in 1978, he lived in Frankfurt, Germany for 5 years after completing 3 years of military service in the Army.

After moving to Phoenix he began his long but successful journey of owning and operating Miracle Mile Deli at Park Central Mall. His restaurant was very successful as it was in the heart of the business district of Phoenix. For 28 years he “served” the community before selling his business in 2005.

His desire to continue offering the skills and talents that he acquired during his restaurant years were put to use through his service on many Boards and Commissions. The Jewish Community Center, Temple Beth El, Solomon Schecter Day School, King David School, Jewish National Fund, Phoenix Opera, and Phoenix Sister Cities are some of the organizations where he offered his time and expertise. During 2010, Craig ran a US Congressional race which continued to open doors for him to apply his knowledge.

Currently he is the President of the Sunnyslope Kiwanis which impacts the lives of hundreds of kids through their many volunteer events. He is also a volunteer reader for Arizona Bookpals and reads in classrooms to two different Elementary Schools. Being on the Board of Andy Hull’s Sunshine Foundation will allow him the opportunity to continue to impact the community in a positive manner and leave a legacy of service.