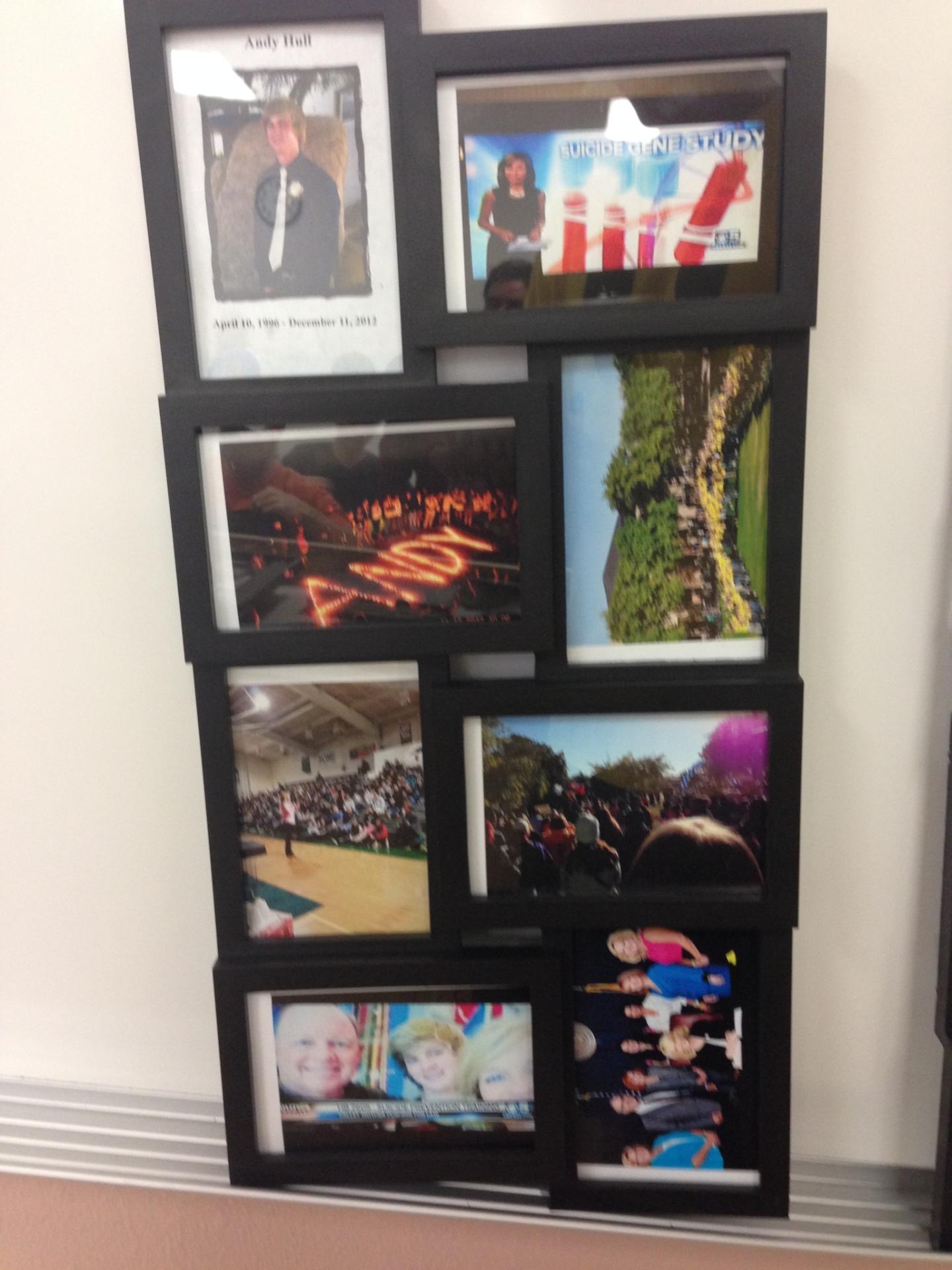 Topic: Suicide is never the answer

Specific Purpose: To show the audience that Suicide is never the answer and inform them of my amazing friend Andy who gave up on life.

Suicide Prevention
Suicide takes the lives of 40,000 Americans each year with ages ranging from 16 to 65. With this, more Americans are now dying more commonly by taking their own lives than by HIV/AIDS (“SAVE | Suicide Facts,” n.d.). Although the tragedy of people dying by suicide has always existed, it has seemingly become more of a widespread issue in recent years. The importance of bringing hope to the families that are left behind and also bringing awareness to the community is necessary in order to decrease the number of deaths caused by suicide each year.
In order to decrease the amount of deaths caused by suicide each year, it is imperative to know what drives people to commit suicide. According to Kevin Caruso, 90% of people who die by suicide have a mental illness at the time of their death (Caruso, n.d.). When he says mental illness he is referring to the untreated depression that people live with who don’t seek help before it’s too late. Although clinical depression is the number one leading cause for suicidal deaths; it is not the only thing. There have been many cases where people who commit suicide are not depressed, do not show the common signs of one who is contemplating suicide and actually live completely normal, happy lives. Suicide can be a very impulsive and decided on last minute. A bad day can trigger thoughts of suicide and that is why it is so important to make known to people about the permanency of their action to end their life due to impulse.
Although suicide will always be considered a way out for some people, it is important to try to save as many lives as possible by spreading the simple message of “you matter” used by Andy Hull’s Sunshine Foundation. The foundation stresses the idea that you matter to at least one person in your life and that you are here for a purpose. It is important to discuss the topic of suicide in school systems and the community so that people are equipped with the knowledge to help someone who is struggling with the thought of suicide. Bringing hope to those left behind by reminding them that they matter as well can give them faith they will see their loved one again some day. By actively talking about suicide prevention, we can hope that it will help spare someone’s life.
As suicide becomes one of America’s silent killers, we need to provide tools to people contemplating suicide and bring peace to families left behind. There are so many people hurting in this world and the way we talk to and treat people have a lasting effect on others. We are responsible for building people up and being there for people in their time of need rather than ignoring their calls for help because we don’t know what to say. By spreading the essential tools to prevent suicide, hopefully we can prevent people from ignoring others warning signs just because they do not know how to help. Before death caused by suicide works it way up into the top leading causes of death, we need to take a stand to fight against the silent killer and eliminate the deaths caused by suicide each year. 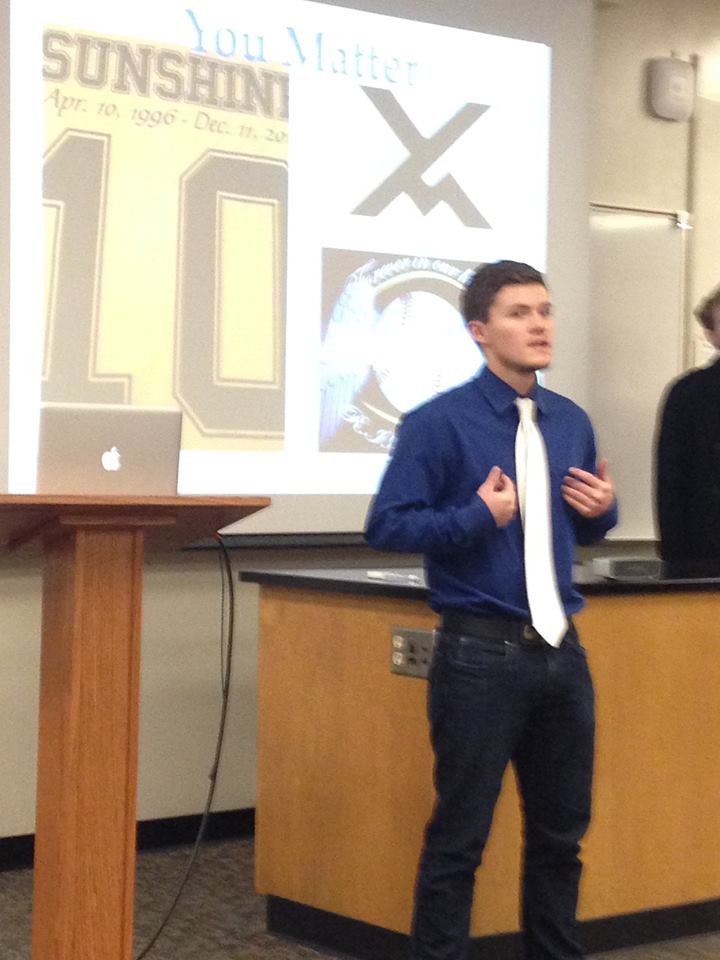 Jacob Scholl did a presentation at Biola University in LA. And he reported that it went well. He had a lot of people walk up to him and tell him that they really appreciated the presentation because they’ve been affected by suicide personally or within their family.